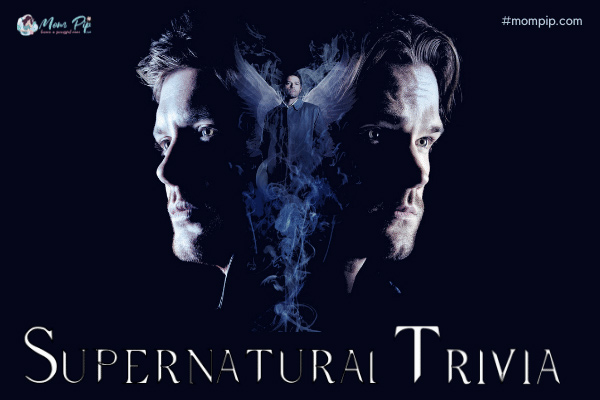 The ‘Supernatural’ trivia quiz will make it easy for your family to get together and feature the most famous characters and monsters from the Supernatural TV show. Eric Kripke created ‘Supernatural,’ an American fantasy horror TV series that is broadcast on Warner Bros. Two brothers, fearless and determined, love hunting demons, ghosts monsters, and other supernatural creatures.

Supernatural’s captivating and compelling stories have earned it a huge fan following. It is now the longest-running American live-action fantasy TV series and has been renewed for a remarkable thirteenth season. Here are some Supernatural Trivia questions that will help you warm up about your favorite American TV show. To test your memory about Supernatural TV series, challenge your family members and friends.

Q. What was Winchester’s last name?

Q. Whose last name is Campell in the series?

Q. Name the girl with whom Dean went live?

Q. Which two characters were born on the same date on ‘Supernatural’?

Q. Name the girl who stole the Colt was killed by the hellhounds.

Q. Who was Ellen?

Q. Who runs the bar where hunters hung out?

Q. When did Mary Winchester expire in the supernatural?

Q. What is the name of Michael’s true vessel?

Q. What was Ellen and Jo’s last name?

Q. What was Dean and Jessica’s date of birth?

Q. Name the two Winchesters who are directly killed by Azazel in the series?

Q. In which year the original colt was built?

Q. Sam is afraid of what since his childhood?

Q. What was Sam’s age when his girlfriend died?

Q. Name the one who was killed by Sam in the episode “Fresh Blood’.

Q. Name the character that tortured Dean in hell.

Q. When Sam celebrates his birthday in “ Supernatural”?

Show Answer
On May 2

Q. Who killed Dean in the series “Supernatural”?

Q. Name the two kids who have special powers like Sam.

Q. Name the kid Dean thought was his son.

Q. What did Sam and Dean used to fill their shotgun shells?

Q. Sam and Dean Winchester were named after which relatives?

Q. What was Mary’s parent’s name?

Q. What is Sam’s date of birth?

Q. What character does Jared Padalecki plays in “Supernatural”?


Q. When was Dean born in this series?

Q. What is the real life name of Dean Jensen?

Q. Name the angel who wanted to kill Sam.

Q. To whom did Rumsfeld (dog) belong?

Q. What is Sam’s girlfriend’s name?

Q. Name the supernatural creature that is been featured in “Heat”.
Show Answer
Werewolf

Q. What does changeling creature do?

Show Answer
It impersonates children and feed on their mother

Q. In “Faith” which creature was featured?

Q. In “ Something wicked” Sam and Dean fight with which creature?

Q. Name the creature that by which Dean is sent to an alternate reality.

Q. How a leviathan can be killed according to supernatural?

Show Answer
By chopping off its head

Q. Name the creature that like to suck the souls out of children?

Q. In the sixth series which supernatural being was first seen?

Q. Who tried to suck the soul out of Sam?

Q. What metal can cause pain to Leprechaun?

Q. What kind of monsters does Benny belong to?

Q. With what did Sam shot the leprechaun?

Show Answer
With an iron round

Q. How can ghoul be harmed According to ”Supernatural”?

Q. What is the name of the creature that live in Purgatory?

Q. What was first introduced as “trickster” and later was found to be Gabriel?

Q. In the episode ”The Third Man” Sam and Dean find out that in exchange of what did the angel Balthazar was selling heaven’s weapons?

Q. What did the boys realized they were hunting In ”Hell House”?

Q. How many episodes of “supernatural” involved witches?

Q. With whom did Mary make a deal to bring John back to life?

Q. Name the demon that became king of Hell when Lucifer was stuck in the cage?

Q. In episode ‘In My Time of Dying’, why did demon kill John once again?

Show Answer
In exchange for Dean’s life this time

Q. In the episode ‘All Hell Breaks loose’ who played Ava’s role?

Q. Name the supernatural being that can be identified easily through a CCTV camera?

Q. In which season you can see “the king of witch”?

Q. To what does Sam became addicted?

Q. In which episode did John Winchester expire?
Show Answer
‘In My Time of Dying” and “In the Beginning’ only

Q. An angel sent Dean to which year in the future?

Q. There is difference of how many years between Sam and Dean’s age?

Q. What was Dean and Sam’s age when their mother died?

Q. How many episodes with shifters do the first six seasons of ”Supernatural” had?

Q. Which shifter does Season 2 had?

Q. In which episode did Sam say these words “What were you thinking shooting Casper in the face, you freak”?

Q. While Meg was dressing up what did Sam saw Meg had on her left shoulder?

Q. In ”No Exit” What song was playing on radio by the band “Foreigner”?

Q. Who was the one to bring Castiel back from Purgatory?

Q. The brothers were trying to prevent something in season 4. What was it?

Q. What color car does Dean has?

Q. In the episode “Long distance call” what color does Sam’s rental car was?

Q. Who is Chuck in the “ supernatural”?

Q. Pamela dies in which episode of supernatural?

Q. In the episode “My bloody Valentine” who was been punched by Dean?

Q. “My daddy shot your daddy in the head” who spoke these word?

Q. In order to bring Sam back to life what did Dean do?

Q. What eye color does Azazel had?

Q. Gordon sent whom after Sam in ”Bad Day at Black Rock”.

Q. What did Sam used to kill Gordon?

Q. What was killing people in the episode ”The Benders”?

Q. Where did Azazel kill Mary?

Show Answer
In the fire

Q. Why was Bobby forced to kill his wife?

Show Answer
Because She was possessed by Demon

Q. In which episode Dean said this I’ll man the flashlight!

Q. Why did Dean refuse to take the gun when Sam asked him to?

Show Answer
Has fear that the gun will go off

Q. The Sheriff’s brother drives which car in the episode ”The Benders”?

Q. In which episode did Jessica die?

Q. I’m a whole new level of freak!” Who said these words and in which episode?

Q. Who is called as “A knight of hell” in the series?

Q. What coordinates did police pointed out to John from the Journal?

Q. Where did the coordinates lead the brothers?

Show Answer
To the Wendigo

Q. In which episode the song ”Crystal Ship” by The Doors was playing?

Q. Dean and demon Meg came into contact in which episode?

Q. Which drink does Dean likes having?

Q. Why was Crowley trying to find Purgatory during season 6?

Show Answer
To become the devil

Q. Bobby Singer for the first time appeared in which episode?

Q. You brave little soldier. I acknowledge your pain” are the words of which character from Supernatural?

Q. What was written on the window while Sam and Ruby where having their dinner in the episode ”The Kids Are Alright”?

Show Answer
“Eats” and “take out”

Q. In what three colors these words were written?

Q. Who loved to eat Hamburgers from the seaside shack in Delaware?

Q. To open the portal to Lucifer’s cage who gives Dean the ring?

Q. What were the last 4 security digits that Dean told to the cell phone company in the episode ”Lazarus rising”?

Q. What did Castiel told boys she was doing in the heaven?

Q. Sam and Castiel met each other in which episode?

Q. In which episode does dean says, ”If you say ‘I told you so’, I swear to God, I’ll start swinging”? And to whom does he say this?

Show Answer
To Bela in “Red Sky at Morning”

Q. How can Wendigo be killed?

Q. At the end of season 3 where does the Dean go?

Q. What was the only episode in which one of the brothers was possessed?

Q. In ”Red Sky At Morning” What response did Sam gave to Dean when he said, Can I shoot her?

Show Answer
Not in public”

Q. What were the last four digits of Dean’s cell phone number? 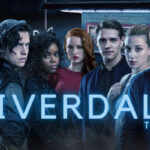 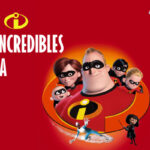