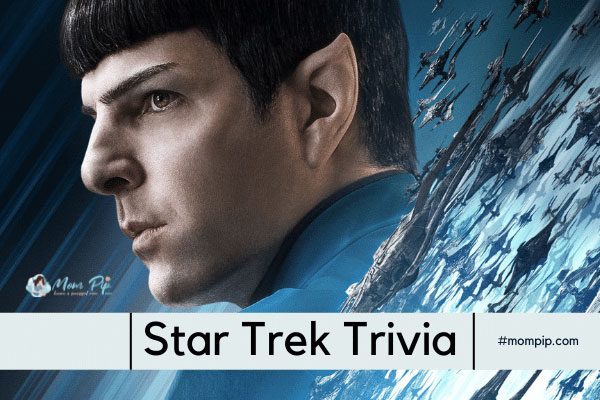 Star Trek began with a single episode called “The Cage” that was filmed in 1964. It was not on the schedule of NBC until a second episode entitled “Where No Man Has Gone Before” was produced in 1965. Star Trek: Discovery, its latest series, returned the franchise to the airwaves in fall 2017. It had been off air for 12 years.

This trivia will confirm whether you’re a Trekker, Trekkie or both. This trivia quiz will test your knowledge. Share it with your friends.

Q. What is in Mr. Spock’s blood that gives him green skin?
Show Answer
Traces of nickel and copper.

Q. What does Mr. Spock of Star Trek have to have every seven years?

Q. Who was the lead in the original pilot for the successful TV science fiction show Star Trek?

Q. Where did Captain James Kirk serve before the USS Enterprise?

Q. Scotty was played by James Doohan. What country is James originally from?

Q. Amanda Grayson, Spock’s mother, was very fond of one author. Who was her favorite writer?

Q. Leo Francis Walsh was a known galactic criminal and a con man. What was his real name?

Q. How does Kirk call McCoy?

Q. Which state is the birthplace of James T. Kirk?

Q. What was the invention of Zefram Cochrane?

Q. The physiology of the alien race Horta, that caused problems in the mines of Janus VI, is based on which element?

Q. What was used as Dr McCoy’s medical scanner in Star Trek?

Q. Data’s cat was named what in Star Trek Next Generation?

Q. Dr McCoy was played by what actor in the original Star Trek series?

Q. In Star Trek, what is the name of Mr. Spock’s father?

Show Answer
Having a woman second in command

Q. In the Star Trek series, the part of Ensign Chekov was played by who?

Q. What actor played the part of Data in Star Trek, the Next Generation?

Q. The Wrath of Khan was what number Star Trek movie?

Q. Before gaining fame on Star Trek, in what movie did actor Leonard Nimoy first appear as an alien from outer space?

Show Answer
In The Zombie Vanguard.

Q. In TV’s original Star Trek series, how did a salt shaker serve as a prop on early episodes?

Show Answer
Dr. McCoy used it for a medical scanner.

Q. What science fiction TV show was originally going to be called ”Wagon Train to the Stars”?

Q. The original Star Trek series took place over how many years?

Show Answer
3, although the mission was completed over a span of 5 years, the episodes only covered 3.

Q. Originally, the creators of the show intended for Spock to be from Mars. Later, however, they changed it to Vulcan. Why?

Q. Who was supporting the people of planet Neural with weapons (Episode 19, Season 2, and ‘A Private Little War’)?

Q. Who designed the costumes for the Star Trek crew?

Q. In one episode, James T. Kirk engaged himself in a fight against an individual of the Gorn race on the surface of a desert planet. What was the title of the episode?

Q. One of the members of the crew was chief communications officer Uhura. Her name comes from Swahili word ”uhuru”. What does it mean?

Q. Which series was described by its creator as ”just another horse opera except they ride in a spaceship not on a nag.”?

Q. In Star Trek what was the vulcan Sha Ka Ree?

Q. In the Star Trek series, seven of nine in Voyager is played by what actress?

Q. In the cartoon version of Star Trek, who voiced Mr. Spock?

Q. What was antimatter used for on the starship Enterprise on the Star Trek TV series?

Q. In the original draft for the Star Trek TV series what was the name of the U.S.S. Enterprise?

Q. How long was the USS Enterprise’s mission supposed to last?

Q. Apart from Star Trek, the actors Kirk, Scott, Spock, and Sulu appeared on what other program? 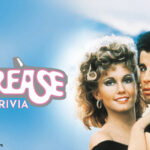 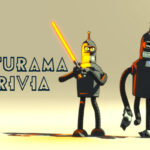