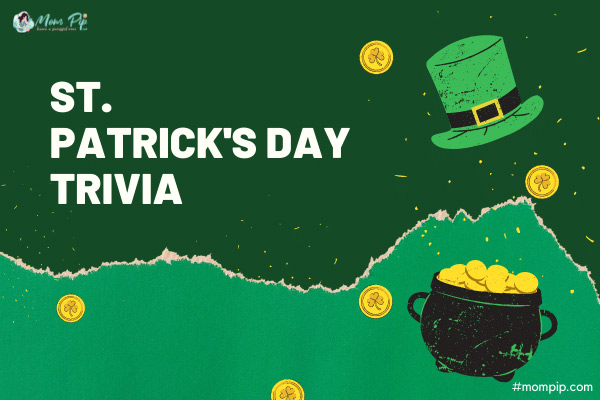 Like Easter and Christmas, St. Patrick’s Day in Ireland is a public holiday. St. Patrick is the Patron Saint of Ireland. There are many legends associated with St. Patrick’s personality, but few are the taking away of all the snakes from Ireland, his use of Shamrock as an illustrative teaching tool, The Holy Trinity’s structure, the growth of his walking sticks into living trees, and his conversation with his Irish ancestors.

You can throw a St. Patrick’s Day party and challenge your guests to score the highest in the St. Patrick’s Trivia Questions and Answers Quiz. This will not only help you but also educate your children about the importance of St. Patrick’s Day. Take a deep breath, relax and let’s dive into some interesting facts about St. Patrick and challenging trivia questions.

Will you be shocked if we tell you that St. Patrick was not Irish? To get to know some mind-boggling St. Patrick’s day trivia facts, keep scrolling the blog post below.

Q. Name a trifoliate plant which is also a national symbol of Ireland.
Show Answer
Shamrock

Q. What was the original national color of Ireland during St. Patrick’s Day?

Q. In which place was the first St. Patrick’s day celebrated?

Q. When was the first St. Patrick’s day celebrated?

Q. What is the birth name of St. Patrick?

Q. What is the national symbol of Ireland?

Q. Is the potato native to Ireland?

Q. Where was St Patrick originally from?

Q. Name all the colors on Irish flags.

Q. What did St. Patrick do?

Q. What was St. Patrick mostly known for?

Show Answer
Driving the Snakes Out of Ireland

Q. What is a shillelagh?

Q. What does Slainté means?

Q. What does the phrase “Erin go Bragh” mean?

Q. Which thing is associated with St. Patrick?

Q. Name the personality who is buried beside St. Patrick?

Q. What is the most served feast on St. Patrick’s Day?

Q. What will probably happen to you if you don’t wear Green on St. Patrick’s Day?

Q. In what location it is said that leprechauns bury their pot of gold?

Show Answer
The end of a rainbow

Q. What was the name of Leprechaun’s wooden stick?

Q. What does the color green stand for?

Q. What is Ireland’s nickname?

Q. Who was Leprechaun?

Q. What Irish liqueur is the most Famous all over the globe?

Q. What does Shamrock represent?

Q. The only Caribbean island, where St. Patrick’s Day is a government holiday?

Q. What does Patricius means?

Q. Are there more Irish people in USA than in Ireland?

Q. How many more people are there in Ireland than in The USA?

Q. Does the first St. Patrick’s parade was held in Ireland?

Q. Which city died their river in Green color on St. Patrick’s Day?

Q. How many people celebrate St. Patrick’s Day in every year? 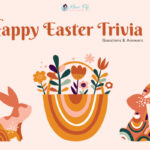