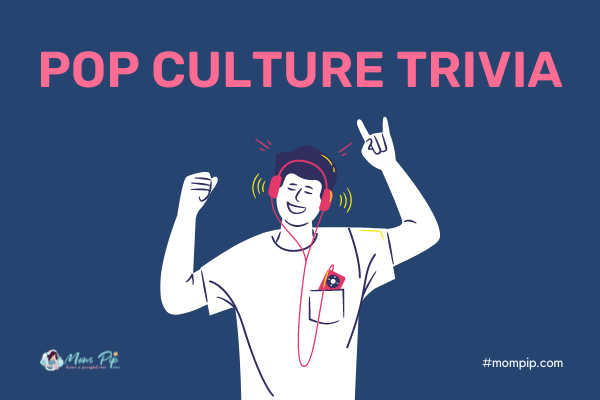 Pop culture is the new era in 21st century. Pop culture has overtaken everything. Media, clothes, and even food preferences. A person living in the Himalayas may even be familiar with the Katy-Taylor feud. Pop culture is the lifestyle of our time. It is our life. We keep checking our feeds constantly to see if Kim Kardashian has posted another selfie, if Selina Gomez or Justin Bieber have reunited or who wore which outfit to The Met Gala.

You can pass this Pop Culture Trivia quiz if you’re really good at it, especially if you’re a millennial. This pop culture trivia questions and answers quiz game will challenge your friends.

Are you truly the greatest pop culture trivia facts expert? We have compiled some facts that no one knows about pop culture.

Q. Which band was Barry Gibb a member of?

Q. What song by Puff Daddy and Faith Evans was released in 1997 and reached number 1 in multiple countries?

Show Answer
I’ll be missing you.

Q. Which female artist had the best-selling album worldwide in 2009?

Q. Which male artist released an album called ‘Bad’ in the late 1980s?

Q. What is the opening line to R Kelly’s ‘I Believe I Can Fly’?

Show Answer
I used to think that I could not go on.

Q. Which album was first to feature Beyoncé’s hit songs ‘Baby Boy’ and ‘Crazy in Love’?

Q. Which American rapper released ‘U Can’t Touch This’?

Q. Which famous R&B and soul artist is married to Chrissy Teigen?

Q. Which American singer and guitarist formed a band with Noel Redding and Mitch Mitchell in 1966?

Q. Which Beatles’ song begins with the lyrics: ‘I think I’m gonna be sad, I think it’s today’?

Q. What year did Whitney Houston’s ‘I Will Always Love you’ reach number 1 in the US?

Q. What is the name of Elvis Presley’s former home in Memphis, Tennessee?

Q. Which Stevie Wonder song begins: ‘No New Year’s Day to celebrate, no chocolate covered candy hearts to give away’?

Show Answer
I just called to say I love you

Q. Who is the lead vocalist of the American band No Doubt?

Q. Can you complete the lyrics by Britney Spears: Oh baby, baby, how was I supposed to know, that…’?

Q. What is the name of the rapper who cut Taylor Swift’s acceptance speech short, and told the world he thought Beyoncé should have won a VMA?

Q. Which female artist released a hit song called ‘Damn I wish I was Your Lover’?

Q. What are the first names of the Spice Girls?

Q. Who plays the role of Cedric DIggory in Harry Potter and the Goblet of fire?

Q. Big Mountain released a cover version of which song title in February 1994?

Q. Which male artist had a hit song in 1992 called ‘Just another Day’?

Q. Can you complete the lyrics by R. Kelly: I don’t see nothing wrong with…?

Show Answer
Candle in the Wind

Q. What was Whitney Houston’s longest running number one single?

Show Answer
I will always love you.

Q. Which song by Queen mentions a Scaramouch?

Q. Which song by Blur includes the lyrics, ‘All the people, So many people, and they all go hand-in-hand’?

Q. Which reality show’s parting line is, “Please pack your knives and go.

Q. What year did Chesney Hawkes have his biggest hit with ‘The One and only’?

Q. What year did the Fugues release ‘Killing Me softly’?

Q. Who provided the lead vocals for Wonder wall by Oasis?

Q. Name a Kardashian sibling whose name doesn’t start with a

Q. Which Canadian singer released one of the best-selling albums of all time, in 1996, called ‘Jagged Little Pill’?

Q. Which member of One Direction first broke apart from the band to launch a solo career?

Q. Which Verve song begins with the lyrics, ‘Well I never pray, but tonight I’m on my knees yeah, I need to hear some sounds that recognize the pain in me’?

Q. Which American girl group released a hit song in 1999 called ‘No scrubs?

Q. Which dance song by Cher achieved global success following its release in 1998?

Q. Which of John Mayer’s ex-girlfriend when ended up with John Mayer, she was rebounding from Russell Brand?

Q. Name the first actor to play James Bond on the screen.

Show Answer
You in your small corner.

Q. Is it true that Netflix’s The First Society got canceled after the first season?

Show Answer
You can’t take it with you

Q. Can you name the oldest Kardashian sister?

Q. Name the actor who played the character of Jack Sparrow.

Q. Name the lowest-grossing film of the X-Men franchise.

Q. What was the age of Leanne Rimes when her first single “Blue” was released?

Q. Name the Millenial singer who holds the record for a most streamed song on Spotify?
Show Answer
Ed Sheeran

Q. Can you name the first millennial social media site?

Q. Can you name a torrent manager famous in the early 2000s to download media?

Q. Name the plastic sandal that almost every millennial kid had

Q. Name the necklace that was owned by every millennial girl back then

Q. Other than Barbie, which is the most famous doll owned by every millennial girl?

Q. Name the sparkling jewelry piece that many millennial rappers wear on their teeth.

Q. What was the name of sneakers with wheels? 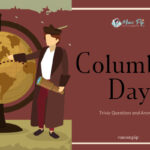