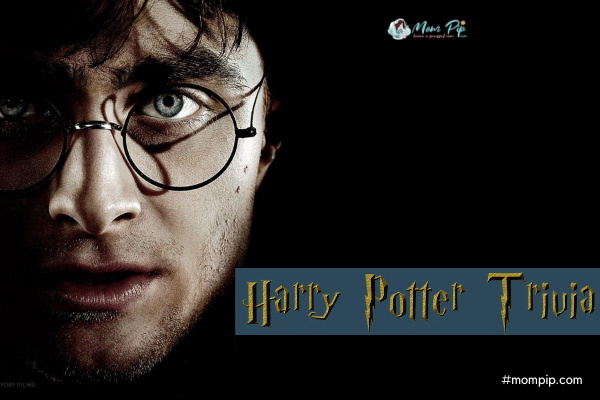 Is Harry Potter trivia really so difficult to comprehend? Harry Potter may be familiar to people living below the surface of the earth. Everyone has enjoyed the movies and books. No matter your age, Harry Potter will always be a part of you heart.

Harry Potter lovers who are dedicated Harry Potter enthusiasts have spent many years studying the series. They know everything about the series, from the lives of the characters to the hidden messages. They can give you information about the plot, characters, and even the dialogues. They are simply a cruel trick of fate to make muggles.

This quiz is for Potterheads. Let’s see how many Harry Potter Trivia questions you can answer. Take a Harry Potter trivia quiz to test your Potterhead friends and find out if they are worthy of a letter from Hogwarts. To score the highest in the Harry Potter quiz, compete with fellow Potterheads.

Q. What is the name of Harry Potter’s owl?
Show Answer
Hedwig.

Q. What patronous does Luna Lovegood have?

Q. Who was the Quidditch commentator in Harry’s first years at Hogwarts?

Q. Who disguised himself as Mad Eye Moody in The Goblet of Fire?

Q. What organization did Hermione start in her 4th year?

Show Answer
Society for the Promotion of Elfish Welfare

Q. What potion did Harry take in order to get Slug horn’s memories?

Q. Who is the ”Half-Blood Prince”?

Q. Who did Hermione take to Slug horn’s party?

Q. Who was the first to be stunned by the Basilisk?

Q. Who ended up giving Harry permission to go to Hogsmeade?

Q. Who found Harry, Ron, and Hermione in the woods in The Deathly Hallows?

Q. Who did Ron turn into when Harry, Ron, and Hermione snuck into the Ministry of Magic in The Deathly Hallows?

Q. Who is Harry’s godson?

Q. What was the name of the female elf Dobby liked?

Q. What are the wizard world’s police are known as?

Q. What are Voldemort’s followers called?

Q. Who guards the entrance to the Gryffindor common room?

Q. Who has been stealing Harry’s letters from Ron and Hermione at the beginning of ‘Harry Potter and the Chamber of Secrets’?

Q. How many Weasley siblings are there?

Q. What is Peter Pettigrew’s nickname?

Q. What does Hermione use to defeat the Devil’s Snare plant?

Q. Who does Harry eventually discover has given him the Invisibility Cloak?

Q. Who comes to pick up Harry when he’s old enough to go to Hogwarts?

Q. What does Mrs. Weasley give Harry for Christmas every year?

Q. What are the names of Draco Malfoy’s two cronies?

Q. Where does Dumbledore’s Army meet in ‘Harry Potter and the Order of the Phoenix’?

Show Answer
The Room of Requirement.

Q. How do you summon a Patronous?

Q. Which character does Robert Pattinson play in the Harry Potter movies?

Q. Who is the Headmistress of Beaux batons?

Q. Who directed ‘Harry Potter and the Prisoner of Azkaban’?

Q. What is the name of the dragon that Hagrid hatches from an egg in ‘Harry Potter and the Sorcerer’s Stone’?

Q. Who owned the Invisibility cloak before Harry?

Q. What kind of animal can Harry talk to and understand?

Q. What kind of magical beast is hidden in the Chamber of Secrets?

Q. What school did the Dursley’s say they sent Harry to?

Q. What spell is used to save Hermione from the troll in The Sorcerer’s Stone?

Q. What crime was Hagrid committed of in his time at Hogwarts?

Q. What did Dumbledore leave for Hermione in his will?

Show Answer
The Tales of Beedle the Bard.

Q. How did Harry survive underwater in the Triwizard Tournament?

Show Answer
Society for the Promotion of Elfish Welfare.

Q. What was Harry’s first broomstick?

Q. What does Professor Lockhart make Harry do during detention?

Q. What does the spell ”Wingardium Leviosa” do?

Q. Name the magical creature that can transform itself into a person’s worst fear.

Q. How did Harry spend his first detention?

Q. What happened to Neville’s parents that they couldn’t remember their son?

Show Answer
The Cruciatus Curse was used on them.

Q. What is a wizard who cannot perform magic known as?

Q. What does the spell ”Obliviate” do?

Q. What does Dumbledore tell Harry he sees in the Mirror of Erised?

Q. What does Dumbledore tell Harry he sees in the Mirror of Erised?

Q. What does one say to close the Marauder’s Map and make it blank again?

Q. Who directed ‘Harry Potter and the Philosopher’s Stone’?

Q. The three kinds of balls used in Quidditch are Bludgers, Snitches, and?

Q. What does Ron see in the Mirror of Erised?

Q. Who played Ron Weasley in the movies?

Q. Where do Harry and Ron eventually find the missing flying Ford Anglia?

Q. From what King’s Cross platform does the Hogwarts Express leave?

Q. Who played Hermione Granger in the movies? 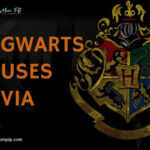 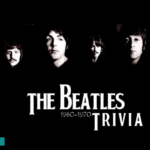